Whenever I finish a book, my first thought after I read the last word is what should I read next? Thankfully, I work in a library, and I’m constantly being introduced to new authors and titles. One of the ways I discover new books is through conversations with my colleagues at LAMP. I often hear about the latest book club picks, new books added to the system, and sometimes I ask a colleague what they are reading. This all helps me to decide what to read next. If you find yourself asking the same question regarding what to read next, LAMP can help you discover new authors and titles as well! You can call LAMP Monday-Friday from 9am to 5pm  at 800-242-0586, send us an email at info@mylamp.org, or check out the latest staff picks on the LAMP website.

Midnight in Chernobyl: The Untold Story of the World’s Greatest Nuclear Disaster

Midnight in Chernobyl tells the story of the disaster that occurred in Chernobyl, Ukraine in 1986 when the nuclear power plant in the town had an explosion occur in one of its reactors. Higginbotham shares what occurred in the town following the explosion and the effect it had on the people who called Chernobyl home. This book provides a face to the historic disaster. It focuses on the people whose lives were changed, and in some cases, lost to the events of that day.

The Song of Achilles

This book is epic and intimate all at once. It is a tale that’s been told before. A sprawling story irreversibly fated by the gods, but Miller keeps her readers grounded in the tender, mortal qualities of the legendary characters as they endure the pains of love and war. 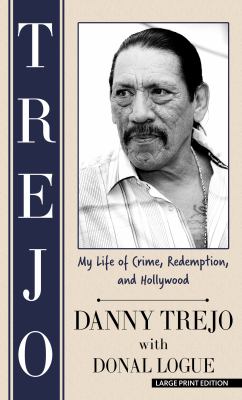 Trejo: My Life of Crime, Redemption, and Hollywood

By Trejo, Danny with Logue, Donal

Trejo tells of the life of character actor Danny Trejo from his rough childhood, to being a person of color, his experiences with drugs, to his work helping others improve their lives. The book details various aspects of prison life and the drug culture that shaped his world view. He also details the positive and negative effects his experiences have had on his life and how his efforts to help others led to an acting career that spanned decades.

Noble House picks up 120 years after DB57660, James Clavell’s Tai-pan. Clavell is a compelling storyteller and he creates recognizable characters that the narrator, Erik Sandvold, animates brilliantly. In this novel, Clavell dramatizes the clash between the sexes, Eastern and Western philosophies and cultures, as well as the struggle between man and nature. Even though this book is 66 hours long it is engrossing and will keep the reader wanting to learn more about the characters.

The Splendid and the Vile: A Saga of Churchill, Family, and the Defiance During the Blitz

The Splendid and the Vile is a gripping history of Winston Churchill’s first year as Prime Minister. It recounts his leadership during the German Blitz, the terrifying bombing campaign designed to weaken the resolve of the British people. An NPR review of the book described it as “electric writing…nearly impossible to put down.” 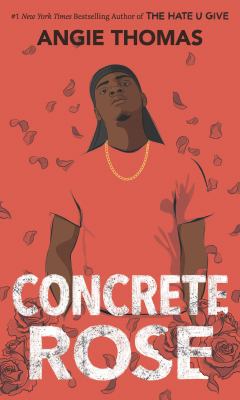 Concrete Rose is the type of book that can get you back into reading if you are in a slump! The character Maverick Carter in The Hate U Give is a memorable character because he is a strong and nurturing presence to his family and community. Concrete Rose is Maverick’s origin story where we meet him as a 17 year old facing the pressures of young fatherhood, finishing high school, and breaking away from his former gang lord father’s legacy. All of the characters are so dynamic and Maverick’s story is sure to draw you in.

CoDex 1962 is a trilogy of interconnected novels by an Icelandic performing artist known only as Sjón. The story, which starts with the Jewish resettlement in Iceland during WWII and spans into the present day, follows a Holocaust survivor and his son, whom he creates out of clay. CoDex 1962 defies any easy categorization, and plays in different genres with a giddy recklessness that is thrilling. The books start as a historical romance but branches out into various episodes of folklore, crime thriller, science fiction, fantasy, and more with no real concern for convention or consistency. It’s a strange epic with an anecdotal, cumulative effect, and ends up making a powerful statement on the nature of storytelling itself. 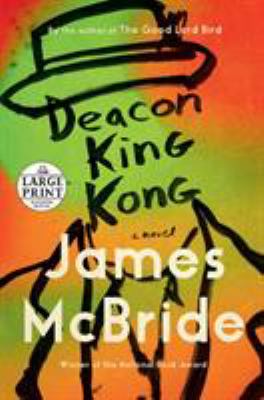 In Deacon King Kong, Sportcoat, the uniquely memorable protagonist in the story, marches up to the town drug-dealer and shoots him at point-blank range, an action completely out of character for this church deacon. Funny, sad, and thought-provoking, this book is an all-around enjoyable read.

God Touched: A Novel of the Demon Accords

If you’re into the supernatural, you’ll like this series of books called The Demon Accords. It features fallen angels, vampires, werewolves, witches and more. The narrator gets a thumbs up. He keeps it exciting and narrates the whole series.