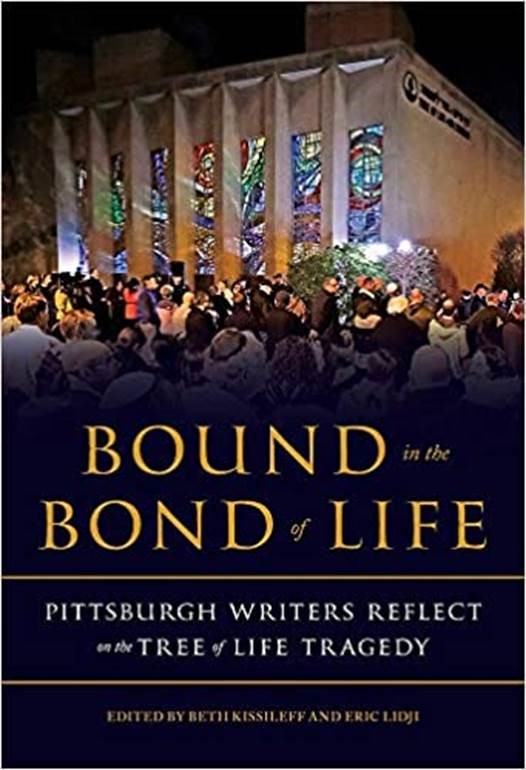 Bound in the Bond of Life: Pittsburgh Writers reflect on the Tree of Life Tragedy

On October 27, 2018, three congregations were holding their morning Shabbat services at the Tree of Life Synagogue in Pittsburgh’s Squirrel Hill neighborhood when a lone gunman entered the building and opened fire. He killed eleven people and injured six more in the deadliest anti-Semitic attack in American history. The story made national headlines for weeks following the shooting, but Pittsburgh and the local Jewish community could not simply move on when the news cycle did.

The essays in this anthology, written by local journalists, academics, rabbis, and other community members, reveal a city’s attempts to cope, make sense of, and come to terms with an unfathomable horror. The essays in this anthology also tell a collective story of a city shaken to its very core, but determined that love will ultimately win. Some strong language. 2020.