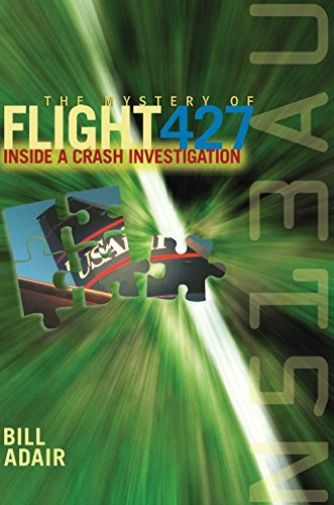 The Mystery of Flight 427: Inside a Crash Investigation

The immediate human toll of the 1994 Flight 427 disaster was staggering: all 132 people aboard died on a Pennsylvania hillside. The subsequent investigation was a maze of politics, bizarre theories, and shrouded answers. Bill Adair, an award-winning journalist, was granted special access to the five-year inquiry by the National Transportation Safety Board (NTSB) while its investigators tried to determine if the world’s most widely used commercial jet, the Boeing 737, was really safe. Their findings have had wide-ranging effects on the airline industry, pilots, and even passengers. Adair takes readers behind the scenes to show who makes decisions about airline safety—and why. 2002.